By Richard Mills
Twitter
Linkedin
Facebook
A new raw milk hygiene test improves selection of incoming milk for optimal shelf-life of dairy products at Müller Milk and Ingredients, UK. We take a look at how this new method compares to other methods and how it works alongside other rapid test methods for more efficient dairy production.

The old saying: ‘one bad apple spoils the cart’ still applies to this day when it comes to raw milk deliveries at the dairy. Due to slow testing methods, dairy producers risk taking in a tanker load of poor quality milk amongst the good ones, reducing the quality of an entire silo and bringing down the shelf life of the products made from it.

The advent of a new testing method for total bacteria in raw milk is changing all that.

In this article we’ll look at:

Stopping poor quality deliveries
For decades, dairy producers have enjoyed the ability to do milk quality testing for key parameters such as fat, protein and total solids, but hygiene has been a weak spot leaving the production chain exposed to low quality milk with a high bacterial load.

The BacSomatic™ analyser offers a new fully-automated way to check the hygienic-quality of raw milk as it arrives at the dairy. It’s a world’s first in that it allows a test to be performed within ten minutes, allowing a tanker to be checked before the milk is allowed in. In contrast, a traditional method such as plate counting takes at least two days to incubate the sample and then assess bacteria colony forming units by eye. Alternative methods such as dye reduction or ‘Resazurin’ typically take at least 30 minutes to give an indication. This is much faster, but still a long time to keep tankers waiting and then the result is only an indication with potential for more bacterial load to reveal itself over time.

In short, with existing methods, the milk is recieved and the empty tanker is off down the nearest motorway before the exact nature of the bacterial load is discovered. If it turns out to be poor quality milk, the recievers are forced to live with the consequences. One such example could be a reduction in shelf life of up to 50% for drinking milk.

With the new more precise ten-minute test, quality controllers are empowered to handle the milk appropriately, perhaps deciding to segregate for use in animal feed or yoghurt or simply rejecting the load altogether.

“One of the biggest quality indicators for our customers is the shelf-life of our products,” says Müller UK, senior technical manager, Sarah Eykelbosch who manages quality projects across seven UK plants where raw milk is received. “We trialled the BacSomatic solution at two sites and since have decided to roll it across the entire estate. The benefit you see from not having to wait the 30 minutes with the Resazurin test and the precision that we get from the numerical result gives us the assurance that the milk coming onto the site is of the best quality.” She adds: “The equipment has paid for itself in terms of not allowing poor quality milk into our production.”

See the interview with Müller Milk and Ingredients, UK.


Can it replace older methods?
The BacSomatic takes just under ten minutes to deliver results in a numerical form based on a count of individual bacteria cells. This is achieved using a technology called flow cytometry that involves the use of a laser beam to illuminate the cells.

The traditional petri film or plate count method takes about two days to incubate the sample and then the result is based on a subjective count of colony forming units.  A direct microscope count (DMC) involves the use of chemical reagents and a physical cell count resulting in a subjective test as counts will always vary between operators. Similarly, the Resazurin method is also a subjective assessment and provides only an indication of bacteria count. The first indication is provided after 30 minutes, but the result can change over time.

Given this background, the new BacSomatic method is attracting significant interest.

When James Black, Quality Control and Assurance Manager at Dairy Farmers of America, heard about an opportunity to test the new solution, it sounded like an obvious thing to do.  “We were interested in participating in the trial because it offers a new way to test bacteria,” he says. “The biggest potential is as an alternative to the way tests are performed today with an analyst conducting physical counts, which can have subjectivity such as a DMC method.”

The BacSomatic was on trial at a DFA facility for several months, providing plenty of opportunity to get acquainted with it and to check how the results matched up against the traditional test methods.  It would typically count a little more than the manual count, but this was not a surprise because the BacSomatic gives a higher definition based on an individual bacteria count (IBC), whereas the manual count or microscope methods look at colony forming units (CFU).

With the older methods, the sample needs to be incubated over a period of two to three days. In contrast, the BacSomatic has incubation chambers that take about eight minutes to prepare the milk for counting, generating just enough bacteria to give a reliable prediction of levels in a sample. Following the incubation step, the actual test of individual bacteria takes about one and a half minutes.


See our webinar on the BacSomatic concept compared to other methods.

The quality control fortress
The BacSomatic story follows that of other rapid analytical solutions developed for dairy quality testing over recent decades.

Most dairies today perform rapid fourier transform infrared (FTIR) tests on milk for multiple parameters such as fat and protein and others, replacing a raft of time-consuming older methods such as Gerber and Babcock for fat. Likewise, it is many years since near infrared (NIR) has become indispensable for analysis of dairy products in production.

Not only do the rapid methods replace traditional tests, they are also bringing new possibilities to the dairy of the future. Some examples include the ability to screen incoming milk for adulteration (intentional or accidental) using FTIR and the ability to test colour in dairy products with NIR simultaneously with standard tests, thus avoiding the need for a separate colour meter or colour check control room. In the case of the BacSomatic, it can also test for somatic cells simultaneously giving an extra quality control dimension, for example, for assessing quality for cheese production or fermented dairy products.

With the BacSomatic lining up alongside instruments such as the widely-used MilkoScan™ FT1 FTIR dairy analyser and FoodScan™ 2 NIR analyser, dairy testing with all the major quality control bases covered by a rapid and convenient method.

To bring the BacSomatic and other solutions even more up-to-date, modern instruments all now include a connection to networking software. This is particularly interesting for companies wanting to use several instruments at different production sites. It allows multiple instruments to be monitored and controlled from a single desktop, making it simpler to perform the critical job of checking milk hygiene quality before it gets into the process. 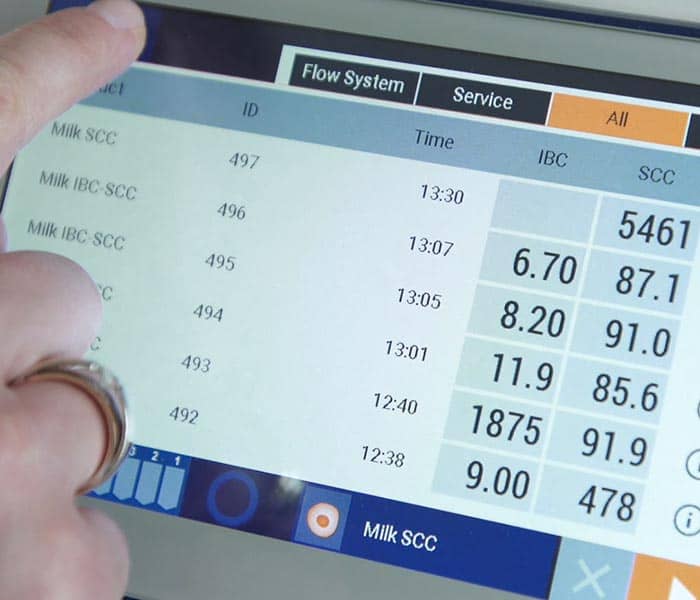 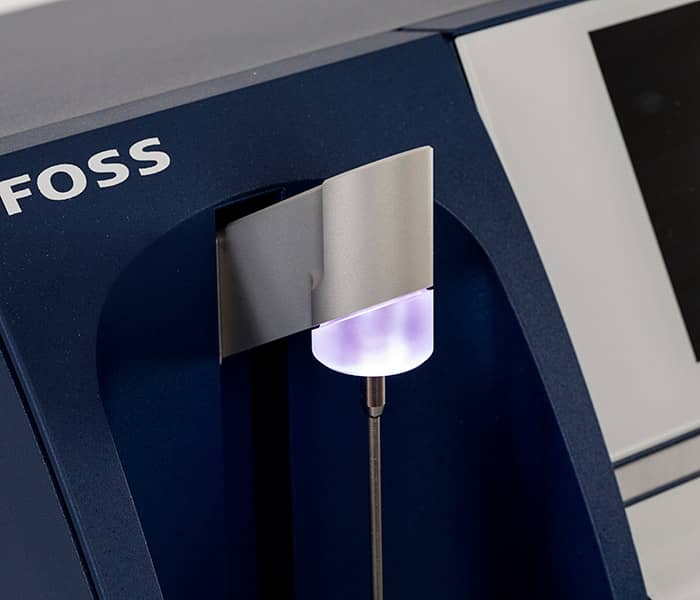 Webinar: Rapid testing of raw milk hygiene at the Dairy – is it reliable?

In this webinar we take a closer look at Individual Bacteria Count as an alternative method for testing milk hygiene quality at dairy intake. 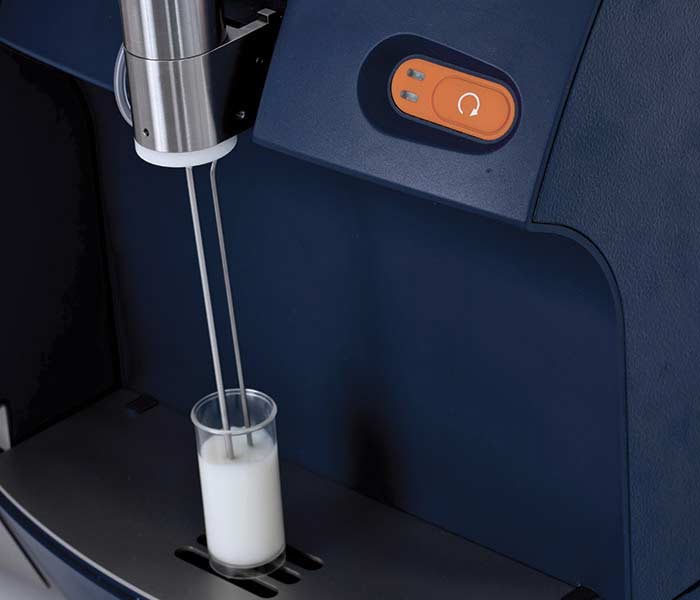 Whitepaper examines how highly-robust FT-IR models can reduce the need for wet chemistry reference analysis without compromising the accuracy of routine tests. 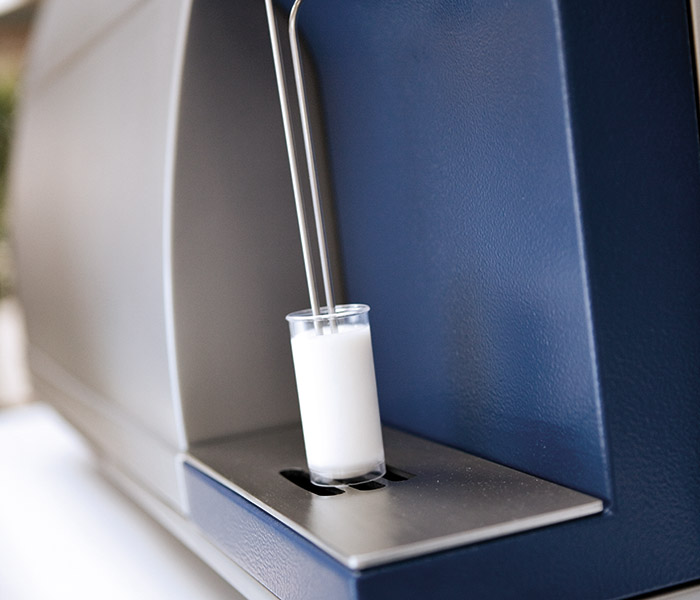 FTIR for routine analysis of food and agricultural products

A definition of the technology as applied in food production.