By Richard Mills
Twitter
Linkedin
Facebook
Pioneering work by the Valacta milk-testing laboratory in Quebec, Canada is giving dairy farmers an early warning of ketosis in the dairy herd. With the typical cost of Ketosis at (CAD) $ 350.00 per incidence for a single cow, farmers can gain much from the $ 6 a month test to screen their entire herd. Over 60% of the laboratory’s customers have joined the service since it started in 2011. 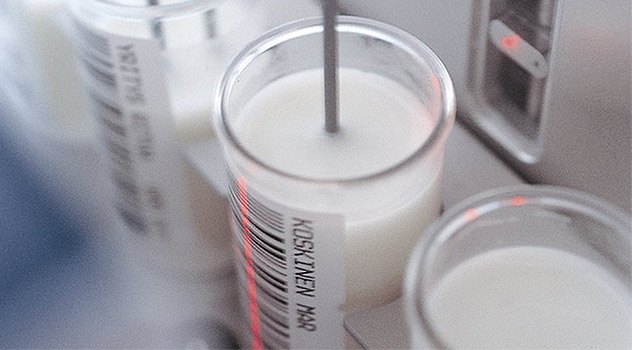