By Richard Mills, RIM@foss.dk
Twitter
Linkedin
Facebook
For many years, milk-testing laboratories have enjoyed high-speed tests for testing the hygiene quality of raw milk while others downstream in the dairy supply chain have been limited to much slower manual test methods. Can a new analytical solution designed especially for the dairy industry bring the whole supply chain up to speed and on the same page? Eastern Laboratory Services in Ohio offers an opinion, based on a recent field trial of the FOSS BacSomatic™.

Raw milk testing today would be unthinkable without instruments like the widely-used BactoScan™ that provides key data on bacteria in raw milk. “A lot of changes have occurred over recent decades from the regulatory side and for payment. Today most test results are based on the BactoScan,” says John Rhoads, laboratory manager at Eastern Laboratory Services in Ohio.

Introduced in the 1980’s, the BactoScan is based on flow cytometry technology that counts individual bacteria in a raw milk sample in under ten minutes. Another instrument also introduced in the 1980’s called the Fossomatic™ uses the same flow cytometry technique to count somatic cells at rates of up to 600 tests per hour. While central laboratories have been able to use such instruments to turbocharge laboratory testing, dairies have had no option but to continue using manual and subjective methods such as tests with petri film or petri dishes that take typically two or three days to achieve a result based on a subjective count of bacteria colony forming units by eye.

From BactoScan to BacSomatic
Seeing the potential for improvement throughout the supply chain, Rhoads was interested to field trial a new small-footprint flow cytometry solution designed especially for lower volume testing, but with the same high precision of larger lab instruments. The BacSomatic from FOSS uses the same flow cytometry technology as the high volume BactoScan instruments, but with a clever design packing the flow cytometry into a compact unit ideal for the confines of a small control lab handling around 25 – 100 samples per day. “The availability of an automated, high-precision test at the dairy can help bring quality control up to speed across the supply chain by, for example, establishing comparative results from farm to dairy based on the same testing methodology,” says Rhoads. 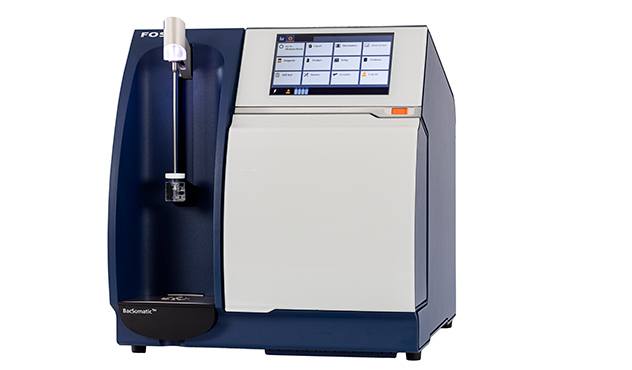 A shared view of milk quality
Depending on storage, transport and handling conditions, a lot can happen with milk on the way from the cow to the dairy. Having a common method of checking quality would make the comparisons between the tests performed at milk testing labs and the tests at the plants much better leading to high-value gains such as improved product shelf life that is largely dependent on the bacterial load in raw milk. “We would all be using the same method,” says Rhoads. “It would make the producer comparison and load comparison much more equivalent. From the supply chain standpoint, with the current set-up there is a difference between the tests at the laboratory and the manual tests. There is nothing out there to help compare against a reference.”

First impressions
To see if the BacSomatic could fill the gap, ELS did an evaluation on a field trial unit for a few months. “We were impressed by the precision and the ease of use,” says Rhoads. “The pre-made reagent bag system avoids mixing reagents and it has a small footprint, which is very nice for plant labs as they are fairly small. You get results in about 10 minutes, including somatic cell count. I think it can be a real benefit to dairies and, from a labour standpoint, it makes sense when looking at the operating costs already in play.” Above all, the instrument is highly consistent compared to manual methods. “With the BacSomatic the opportunity for human error is reduced,” he says. “It does the same thing over and over consistently. There are controls and you have a sense of the accuracy and method.”

Colony forming units or individual bacteria count
A big factor in achieving the consistent accuracy is the so-called individual bacteria count (IBC) made by the instrument instead of a count of colony forming units (CFU) by eye. Milk-testing laboratories have worked with IBC for many years with instruments like the BactoScan, converting the IBC to CFU as part of the FDA protocol for reporting results.  To support this, a conversion table was established and certified over 20 years ago for regulatory analysis in the US. It is based on a solid pool of data from three certified US laboratories and covers standard plate count results versus the BactoScan with about 2,000 data points in total. The conversion table was then submitted for validation by the three laboratories. The conversion table is still used by all millk testing laboratories in the US.

To accommodate the two approaches, the BacSomatic screen display shows results in two columns, one in IBC and the other in CFU (calculated using a conversion table loaded into the analyser software). But if the IBC count by instrument is known to be more precise, why not just drop the conversion table and change to IBC? “IBC is still not used directly for historical reasons in the industry as a whole,” Rhoads explains. “It is very hard to make the switch, from a regulatory standpoint and all the official agencies are going to continue to be set up under CFU.  That said, there is nothing to stop us giving those IBC conversions to anyone.”

Time for precision
While dairies moving to the new rapid flow cytometry test will always have to keep a ‘Dollar to Euro’ style comparison in mind, the practical advantages offered by a fully-automated solution make it a worthwhile consideration. “Dairy plants should look at the accuracy of the method they are using today,” says Rhoads. “With the standard plate count method, there is some variability between technicians doing the test. It is accepted, but quite wide nonetheless. With BacSomatic, I don’t really see a downside if the unit can match the required volume of tests and as long as they are checking IBC control to check the unit is performing correctly. For me, it is all about improving the precision.” 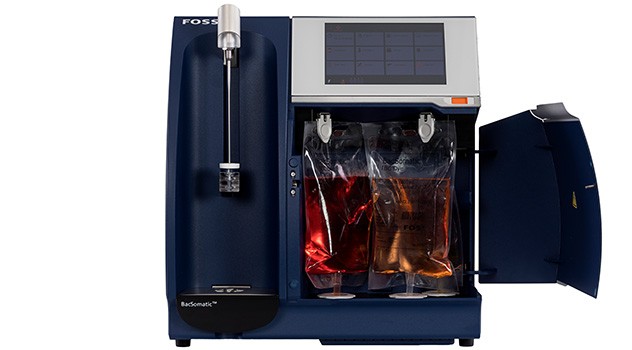 The pre-made reagent bag system avoids mixing reagents and it has a small footprint, which is very nice for plant labs as they are fairly small

In the EU and US, milk must have a total bacteria count below a level of 100.000 Colony Forming Units/ml and almost all farmers are paid according to the content of CFU/ml in their milk. However, hardly any laboratories analyzing total bacteria count in raw milk use the manual method of counting bacteria in CFU/ml. Instead, modern instruments count Individual Bacteria Count/ml. To grade the milk, all countries or regions have established local conversion tables to convert the analyzed IBC/ml into CFU/ml.