Your path to improved profit with animal feed testing

As variability grows and margins get tighter by the day, animal feed testing offers a path to profit and growth

The right quality with the right nutritional value while making the best use of constantly changing raw materials - animal feed production has always required a cool head and agile decision-making.

If that pressure wasn’t enough, today’s extreme weather events and supply chain turbulence are only making animal feed production more unpredictable. Effective use of raw materials, including adjustment of recipes and smart use of alternative raw materials are essential strategies for success. Meanwhile, sustainability concerns are putting the efficiency of production processes under the spotlight.

The latest animal feed testing solutions ensure that you have the data you need to grow your business. Highly consistent testing of raw materials, products in process and final products helps you to get the most value from raw materials and allows more profit to be found in production. The latest gains in software and networking technology ensure traceability of products, no matter where and when they are produced.

Animal feed analysis allows you to check all deliveries. With tests taking less than a minute you can stop poor raw-materials at the gate and make the very best of the material with less risk of re-work downstream in the process.

Analytical technology such as near infrared (NIR) is ideal for tight control of valuable protein and fat while simultaneously monitoring moisture, fibre and other parameters.

Quality control with rapid and simple to use analysers is well proven.

But when raw material varies and interesting new sources are waiting to be exploited, the need to calibrate near infrared solutions can limit the potential. For instance, the prospect of using insects as a protein source for animal feed is a popular concept, but is it possible to test it as efficiently as we do with soya?

Testing feed with infrared instruments requires data collection from both reference analysis and the sample types involved to build calibrations that reflect natural variations in samples, for example over different growing seasons and harvest conditions. When a new protein source is found this means significant calibration work to be done.

As an example, widespread testing of insects as a protein source using existing analysers will require a new start in terms of calibration development involving for instance, investment in collection of different insect types and labour-intensive reference testing to build the required pool of data.

In addition, new sample types can be challenging to measure, for instance, with smaller concentrations of parameters measured and the decomposition and natural drying of harvested insects before they are moved into the actual drying process.

From a nutritional point of view, the anti-nutritional aspects of soya has complicated the use of soya as the ubiquitous protein source for aqua feed requiring the development of so-called protein isolate to provide an answer.

Insects can turn out to be the cheapest animal protein available. What’s more, as the rising global population creates a seemingly infinite demand for fish, insect protein can hopefully alleviate pressure on finite and already hard-pressed marine resources currently used for fishmeal.

Technology development can lay the ground for faster and easier calibration of animal feed analysis equipment.

The connectivity features of FOSS NIR solutions and supporting networking software make it simple and cost effective to manage analytical operations. For instance, an update to a calibration can be installed on a master instrument and then shared across all instruments in different locations at the click of a mouse button. Such an approach also allows a specialist to monitor and manage remote instruments while operators do not need any specific knowledge and training and can simply run their samples.

Make fast decisions about raw material intake, segregation and process adjustments such as the use of additive binders and ensure compliance with legal requirements.

The MycoFoss™ avoids human error with a fully automated process that requires no special skills. Just place the ground sample and push start.

Control quality and cost with easy access to data:

Gain through in-line control of moisture and protein

Animal feed testing for parameters such as moisture, fat and protein throughout the process leads to immediate and lasting payback. The closer you can follow product composition during the production, the faster you can make corrective actions on subsequent batches. Even more important at the end of production to ensure production on spec.

You may already be familiar with benchtop analytical solutions such as the NIRS™ DS2500 analyser which has become widely established and relied upon for accurate and rapid measurements of key process control parameters. Nonetheless, the amount of process data available is limited by the need to manually take a sample and present it to the instrument. The introduction of so-called inline solutions such as the FOSS ProFoss™ 2 changes the game by providing direct and continuous measurements directly in the process. Key control parameters can be more closely monitored allowing tighter production control against targets. At the same time, the reliability of the results could also be easily checked against the highly stable benchtop analyser.

Installing ProFoss™ 2 in or right after the mixer enables you to measure critical key parameters such as protein, fat and moisture and make timely adjustments to meet specified final product quality.

Real time results can be obtained from raw material intake, in the mixer or right after the mixer, after the dryer and at the final product loading. The results lead to improved product consistency, reduced rework and energy savings. 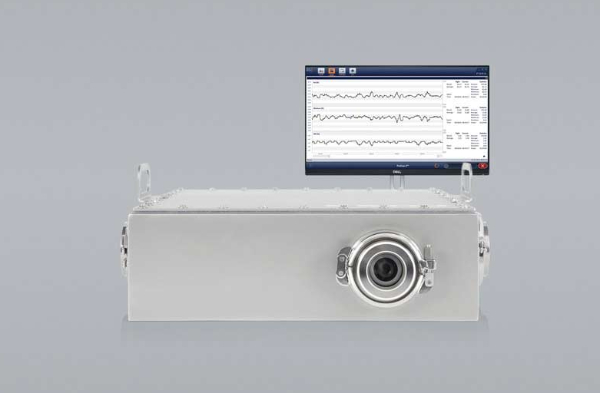 Animal feed testing at the critical final stage of production helps you to limit liabilities and potentially damaging product recalls. Instead you can enjoy the peace of mind that comes from knowing your products meet specifications.

Among the myriad uses for near infrared (NIR) analysis in the feed plant, just one example is the control of the fat and moisture to obtain the right bulk density and physical stability of final products. This is important to ensure that products remain intact, but still have the right texture and density. Moisture levels are also critical for storage considerations.

While the majority of feed testing can be performed using rapid routine analysis with NIR, certified chemical analysis methods are also required for validation of compliance with certain end-product criteria. For chemical analysis we can provide a complete range of solutions aimed at automating steps for speed and safety while minimising use of chemicals. 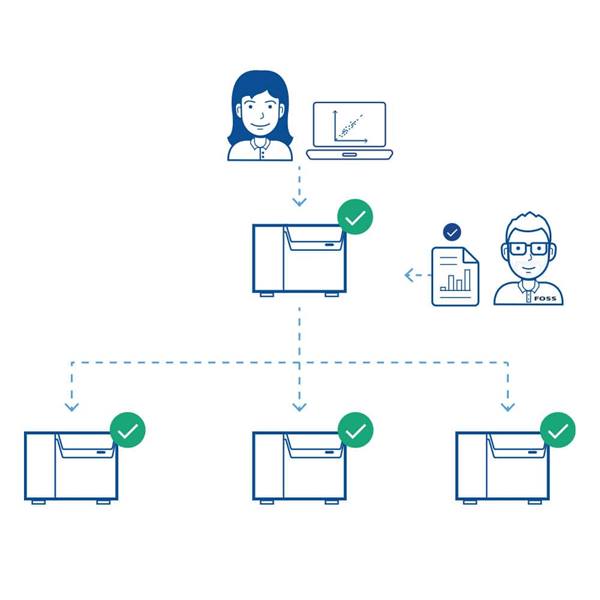 Our integrated and remotely controlled support and optimization services ensure maximum value from all your FOSS solution wherever you are in the world. Beyond on-site maintenance, our service engineers and application specialists are always with you online. The team monitors performance status and secures that your connected analytical operations run smoothly. Our preventive maintenance warrants up-time and quality of data - day after day. Read more.

How to profit from process improvements while meeting quality standards?

Get in touch with our specialists to discuss your potential business value with no strings attached. LET'S TALK

Get in touch with our specialists to discuss your potential business value with no strings attached.