The Swedish craft brewing industry is still in rapid growth and nowhere is it more visible than in the brewing capital of Gothenburg. As the first brewery in Sweden, Stigbergets Bryggeri purchased a BeerFoss™ FT Go last year and we met up with their British Head Brewer Oli Banks, to speak about some of the differences and challenges of the being a craft brewery in Sweden.

In Sweden, the craft brewing industry is experiencing a renaissance. New craft breweries are now represented in every corner of the country, and since the millennium, the Swedish beer scene has undergone a fantastic development. From only a small number of large breweries, Sweden now has almost 540 active breweries country-wide. In Gothenburg alone, you find more than 40 microbreweries. Six out of ten of the top breweries nationwide are situated in this city. It is for a good reason Gothenburg has been named Sweden’s beer capital.

Stigbergets Bryggeri is one of Gothenburg’s most successful breweries, starting almost ten years ago by producing a small number of beers for its owner’s local restaurant. A few years later, their Indian Pale Ale called Gbg Beer Week 2016 was named one of the best beers in the world and the brewery now produces roughly 2 million liters of beer each year. Last year, the brewery purchased a BeerFoss, and we met up with their British Head Brewer Oli Banks, to speak about some of the differences and challenges of being a craft brewery in Sweden.

“The biggest difference between Sweden and England where I am from is definitely Systembolaget that has the total monopoly of all beer distribution above 3.5 abv%. At our brewery, it implies that we have only one main customer, Systembolaget, that buys 80% of all our beer.” Oli explains. “Due to the monopoly system, we have to take a more lab-oriented approach to meet certain targets as we have many more quality control requirements put upon us from the Swedish monopoly distributer.” Oli says and continues “In this way, you cannot produce a beer with having an idea in mind, that might not turn out the same way in the end. When releasing a new beer at the monopoly, you must deliver a precise description 2 months in advance and if the final beer does not match your description, they might cancel your order.” 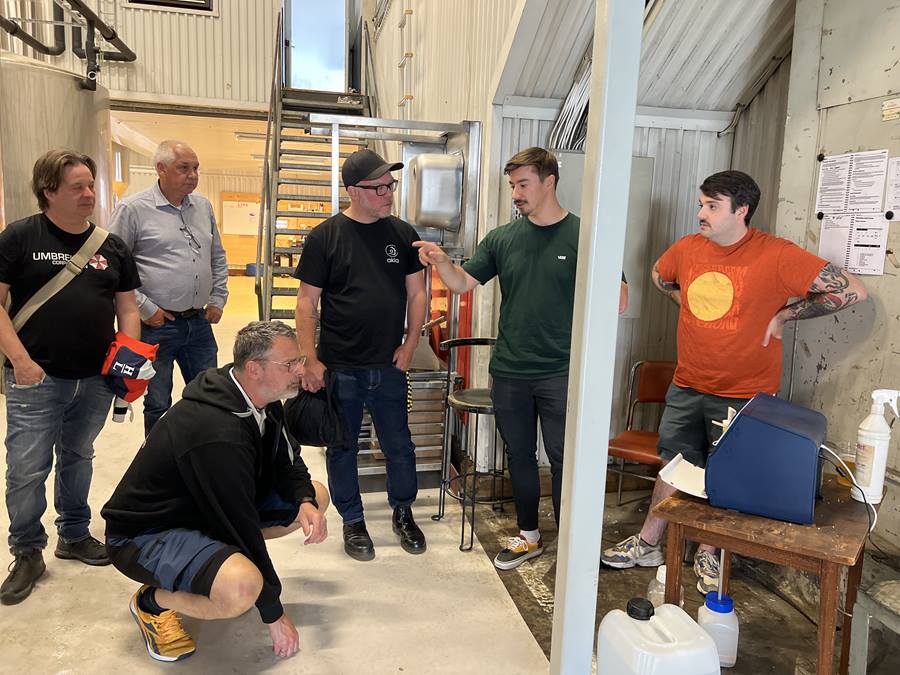 To control the process, Stigbergets Bryggeri does a lot of data recording and here the BeerFoss has been a great help. Oli explains: “Consistency is very important when selling our beers to the monopoly system, and the BeerFoss has been very helpful when tracking fermentation, not only when starting and finishing a batch, but throughout the beermaking process.”

For Oli, the analytical solution is not only useful when start and end of the beer production for making sure that the beer send to the monopoly is aligned with the agreed parameters and description. He Explains “We have been using the BeerFoss also for looking at how the yeast is behaving, as well as how it is reacting as the alcohol develops throughout the beermaking process.” Oli says and continues “Especially with higher levels of alcohol, the BeerFoss has been a big help, as it enables us to track at what point the yeast starts to get stressed. Then we can add nutrition to see if this provides a change in the next batch.” Oli says “The BeerFoss enables us to test key parameters and give us information about sugar content, PH, alcohol and proteins in one sample at the same time and then find out exactly where the beer has gone right or wrong,” he explains and concludes “I love keeping track of everything in the beermaking process and the BeerFoss is one of my favorite instruments at the brewery. I love to run samples and constantly keep an eye on, how the beer fermentation is developing,” Oli concludes. 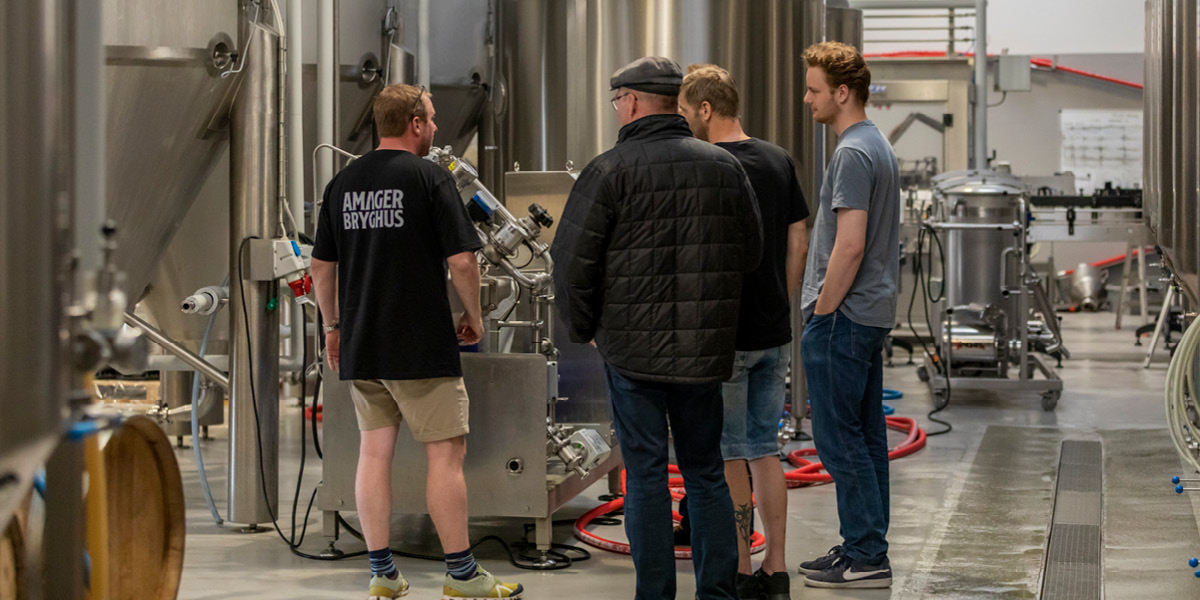 POWER TO THE PEOPLE WITH PRACTICAL BEER ANALYSIS 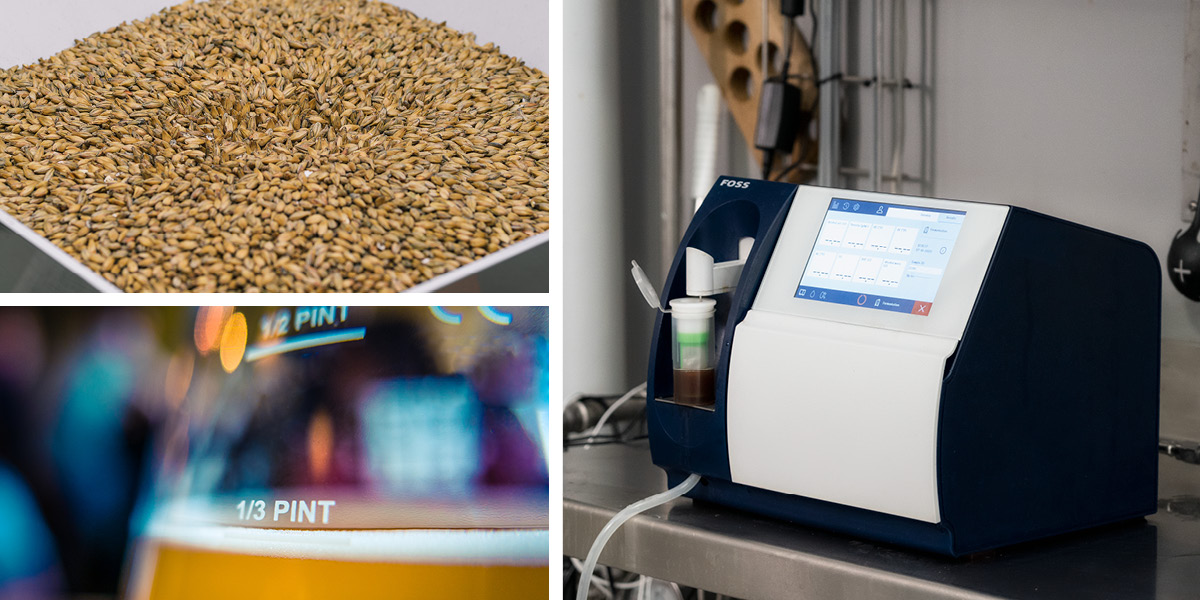 No degassing of samples, competitive pricing, ease of use for anyone – a handy new analyzer appears an attractive new option for brewers, but can it really live up to its promise? Leading global laboratory services providers White Labs put the BeerFoss™ FT Go through its paces.

Stay updated by signing up for our newsletter and online magazine here. You are welcome to unsubscribe at any time.