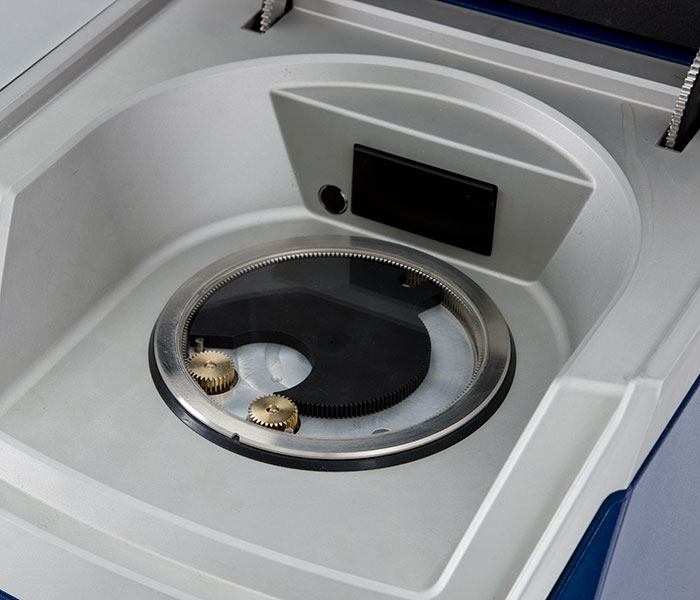 Twitter
Linkedin
Facebook
Near Infrared analysers are getting easier to use and run, but is it really worth investing in the new equipment and what about moving your existing calibration database to a new platform?

There are a lot of them around and they are still going strong – those sturdy metal boxes (usually orange) faithfully delivering test results for a wide range of feed samples. So why change an existing NIR analyser like the well-known NIRS System II and, most importantly, what exactly does it involve? FOSS NIR product specialist, Ronny Pradon offers some key considerations.

The changing NIR landscape
To take the rationale first, there is always an argument for staying put – ‘if it ain’t broke don’t fix it’. After all, in terms of accuracy of measurements, there will be no major improvement to gain from moving to the latest NIRS™ DS2500 F system. However, there are many benefits to be found in functionalities such as networking, remote support and reporting which did not exist when earlier NIR solutions were developed. “Older NIR solutions are based on technology platforms developed in the eighties or nineties and a lot of things have changed since then,” says Pradon. He explains how performance too has improved, not so much in terms of accuracy, but with better repeatability of results over time due to more stable, factory standardised instrumentation that is less sensitive to the effects of temperature and such like.

The multi-instrument advantage
When there’s more than one instrument involved, the benefits of modern NIR become even more obvious.

With a network of old instruments, they all need to be individually standardised against a master. In contrast, new solutions such as the NIRS DS2500 F offer standardised performance so that no matter how many units are installed, they will always perform alike. When replacing a number of old instruments, it is therefore a good idea to make the NIRS DS2500 F the network master as soon as possible because when more DS2500 F instruments are added, there will be no need to standardise against it. It will still be necessary to monitor instrument units, but as any feed lab manager with experience of NIR will know, the ability to avoid standardisation work makes things simpler and can save a lot of time.

Calibration transfer - the steps and the time involved
No matter how many advantages there are to be found with new NIR, the transfer of calibrations will always involve some preparation and planning.

A typical transfer can be summarised under three steps. First, samples are scanned for each sample type on the new platform. Then the new spectra are compared against the old. And finally, any necessary adjustments are made to get the new unit to work with the same performance as the old.

It is the collection of samples that takes the most time. For a skilled person, the mathematics involved in making any adjustments is quite simple and scanning samples for any required new data takes a minute per sample on both instruments. For instance, if there are ten different sample types, it would typically take one to two days to scan each sample type ten times in duplicate.

In contrast, the collection of representative samples can involve some elapsed time to find and collect the right ones representing the sample range, especially if it is necessary to capture seasonal variations in grain-based feedstuff. Once the transfer is done it is still possible to use the old one as they will both be performing alike. “After using an instrument for 15 years many people will want to try out the new guy for a while before fully committing to it by running duplicates on the old and the new and then move over when they are satisfied,” says Pradon. 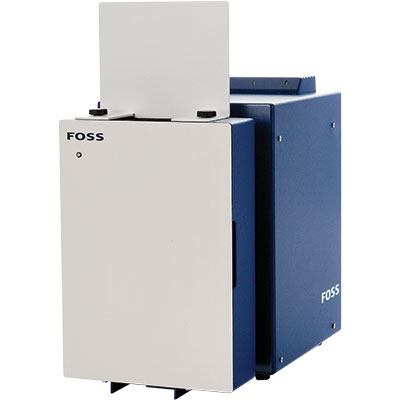 Requirements before setting out

Three main points to consider before making the move are the need to set aside one or two days for scanning new samples, time to check the calibration transfer by running duplicate tests with new and old instruments and, last but not least, getting representative samples ready.

“When you have decided to move, start preparing immediately,” advises Pradon. For example, this could involve taking several samples for parameters such as protein over a period of time to get a representative range of results.

Don’t get bombed back to scratch
The amount of time and work involved in collecting representative samples is also important when thinking about moving to a new instrument vendor.

Having spectra from new and old instruments from the same vendor will minimise the amount and range of sample data required to transfer calibrations and align performance. An example is the new generation FOSS NIRS DS2500F instrument which has been specifically designed by FOSS engineers to make the transfer of calibrations from older NIRS System II instruments as smooth as possible, ensuring comparable performance without having to add a lot of new data.

If the new instrument has not been prepared for the calibration transfer, there’s a risk that more sample scans are required because of inevitable design differences. “It can end up being not so much about calibration transfer, but more about creating a new calibration that can work as well as the old one,” says Pradon. “The most effective way is to transfer all that valuable data and then use your valuable time on improving what you already have rather than starting from scratch.”

Near Infrared analysers are getting easier to use and run, but is it really worth investing in the new equipment and what about moving your existing calibration database to a new platform?