The days are gone that veterinarians only drive into the farm’s premises to treat sick animals. Instead, it is all about prevention, biosecurity and making efficient use of the animal health data available. So which data from milk can be used for that purpose?

The days are gone that veterinarians only drive into the farm’s premises to treat sick animals. Instead, it is all about prevention, biosecurity and making efficient use of the animal health data available. The appropriate use of antimicrobials in both human and veterinary medicine is also one of the main EU policy areas relevant to tackling antimicrobial resistance (AMR). But also outside EU, farmers and veterinarians are encouraged to put more focus on responsible use of antibiotics and prevention. In April 2021, the new EU Animal Health Law came into effect, focusing strongly on ‘prevention is better than cure’. The law entails better and early detection and control of animal diseases, including emerging diseases linked to climate change. Although most of the rules have already existed, in one way or another, in legislation in force before the application of the Animal Health Law, the novelty is that all the relevant elements are presented in a coherent EU harmonized legal framework, also embracing the One Health approach. A new element is the requirement for farmers to receive regular animal health visits from a veterinarian in order to strengthen animal health. It is also mentioned that veterinarians take up a more active role in animal health awareness, the prevention of diseases and reduction in antibiotic use and hence contribute to further spreading of antibiotic-resistant microbes.

Considering that approximately 70% of all antibiotics on dairy farms are used for treating mastitis, it makes sense that reduction of this important disease is a huge step forwards to reduce overall antibiotic use on a farm. Accurate data is needed to design the best udder health management plan, prevent unnecessary antibiotic treatment and milk waste. Since its introduction, SCC data has been broadly used as an indicator for mastitis and thus the basis for udder health management programs, for example through DHI programs. A cow with a SCC of over 200,000 cells/ml is likely to be infected with mastitis pathogens. But does SCC alone give practitioners enough information on the real mastitis status? Even when the SCC is under the 200,000 cells/ml cut-off level, it does not rule out that the cow is fighting an infection and is in an early stage of mastitis already. So what if we can extract more detailed data from the same milk sample that provides more accurate information on the udder health status? DSCC is a new parameter and now available in addition to SCC. Both parameters can be determined at the same time in milk-testing laboratories. This makes it cost-efficient as no extra efforts are needed, because the infrastructure of DHI sampling is already there. Working with this new milk parameter opens up the possibility to reduce antibiotic use, to increase animal health, welfare and performance and to better justify treatments for sick cows.

DSCC is a new milk parameter and is the combined proportion of the white blood cells (immune cells), polymorphonuclear neutrophils (PMN) and lymphocytes. The combined proportion of PMN and lymphocytes is calculated and presented as a percentage (%) of the total SCC. The combined use of DSCC and SCC allows to categorize cows into different udder health groups and provides more detailed insights (e.g. cows in early stage of mastitis, cows with chronic mastitis) compared to working with SCC alone. This has great value because DSCC increases significantly following an infection even when SCC does not. Challenges in terms of udder health can be recognized at an earlier stage, which can prevent or shorten antibiotic treatment periods and reduce milk losses. A study on 11 dairy farms in Québec, Canada, showed that a combination of SCC and DSCC allows us to identify more mastitis infections (+18%!) than SCC alone. This study was followed by a one-year pilot phase on 11 German dairy farms and was the first step in the practical implementation of DSCC. The pilot was set up and led by milk testing and breeding company Qnetics in Germany and supported by FOSS, global leader in analytical solutions from Denmark. In connection with the monthly performed DHI test, the participating farms received a new udder health report including, among other things, detailed information on distribution and development of their cows among the four udder health groups (Table 1) over a period of one year.

The introduction of the DSCC parameter and the use of different udder health groups in DHI milk testing reports help farmers, advisors and veterinarians to improve on herd level and on individual cow level. Changes in protocols or hygiene measures (in cubicles or during milking) can help to aim for more cows in group A and better monitor and control the cows that are in group B, C and D. With the increasing focus of the EU and other regions in the world on prevention, AMR reduction and the One Health approach, veterinarians are encouraged to have a more active role and bigger responsibility to contribute to these goals. By using the DSCC on top of SCC, farmers, advisors and veterinarians have an extra pair of eyes to better spot sub-clinical cows and have more accurate information to be used to design the best udder health management plan. The extra information can be provided in a highly cost-efficient way given that the DSCC parameter is determined within the already existing DHI infrastructure. As a result of the successful pilot, Qnetics in Germany has launched the new udder health report including DSCC information to all dairy farms enrolled to DHI services. Beyond that, the DSCC parameter is already being utilized in udder health reports following above described concept (Table 1) in several other European and Asian countries.

Learn more about DSCC and its role in udder health management.

The practical value of DSCC for dairy farmers

A new concept allows to define four udder health groups based on categorizing cows in different udder health groups, based on somatic cell count and a new parameter: DSCC, the farmer can better evaluate and manage udder health and improve performance of his cows. This was concluded from a study among 11 pilot farms. 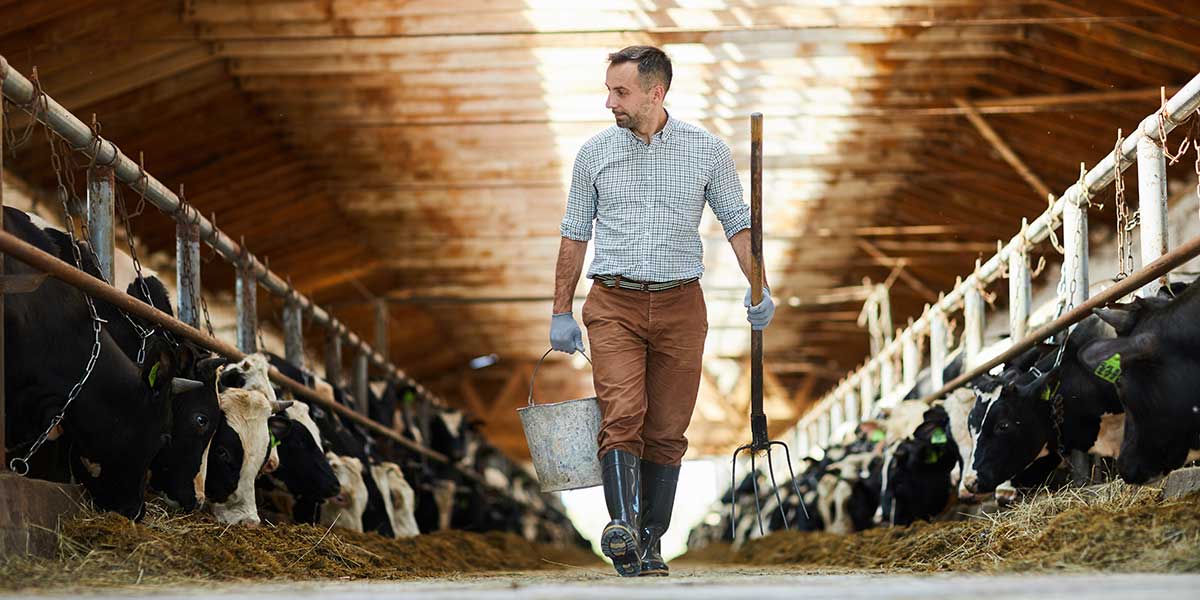 In a recently published study, based on routine milk recording data from several countries, four different udder health groups were formulated and studied, based on the combination of the somatic cell count and a new parameter: the differential somatic cell count. This new way of categorising udder health provides more detailed insights compared to working with SCC alone. Here we explain how these groups were defined.