By Richard Mills, Rim@foss.dk
Twitter
Linkedin
Facebook
The FOSS GAC 2500-C moisture analyser has now received three key approvals.
In December 2018, it obtained the NTEP (National Type Evaluation Program) approval in the U.S for payment analysis of moisture in grain. In April, the important FGIS/USDA approval was granted from the Federal Grain Inspection Service in the U.S and in France, approval by the LNE (Laboratoire national de métrologie et d'essais) was granted in February 2019.

Grain trading and networking
The approvals are particularly significant for grain trading.  In many countries, virtually all grain must be checked for moisture to determine payment in relation to drying costs and storage considerations.

The approvals also raise the interesting prospect of integrating the moisture meter into networks alongside Infratec NOVA and Infratec 1241 grain analysers which are already approved for payment testing of grain moisture and a raft of other parameters such as protein. In this way, the moisture meter can be used to introduce moisture testing at a new receival site or integrated alongside an existing grain analyser to expand moisture-testing capacity.

In the USA for example, the NTEP and FGIS approvals allow grain inspectors and companies engaged in grain trading to connect all of their GAC 2500-C moisture meters and Infratec NOVA analysers into a single network.

The moisture meter is connected to a network via the FOSS Manager networking software that supports grain networks around the world. 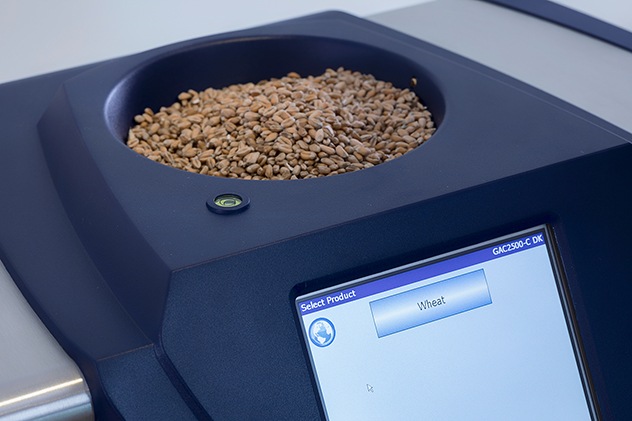 More about the GAC 2500-C
The GAC 2500-C is a simple, yet accurate solution for moisture tests instead of having to use a more sophisticated multi-parameter analyser.

Hot or frozen grain within a wide temperature range from -20 to +45oC can be analysed directly. A smart ‘Auto-run’ function allows operation when wearing gloves - the sample is just poured in and the meter starts measuring. The instrument is also unaffected by fluctuations in ambient temperature and humidity.