By Richard Mills, rim@foss.dk
Twitter
Linkedin
Facebook
The FOSS BacSomatic™ analyser has been granted certificate of compliance for enumeration of somatic cells as well as total bacterial count in raw cow’s milk by Microval - a certification organisation of the European Union.

The BacSomatic is a new analyser for rapid hygiene testing of raw milk and is the first-ever integrated bacteria and somatic cell tester.

To achieve the Microval certification, it has been evaluated and revealed to be at least equivalent with the reference method for somatic cell counting (ISO 13366-1:2008: Milk-Enumeration of somatic cells – part 1: Microscopic method) (Reference method).

What the certification means for BacSomatic users

The certification assures users that the BacSomatic has been tested thoroughly in a neutral laboratory and all test results complied with the requirements of the respective international ISO/IDF standards.  As a result, users do not need to test the instrument’s performance at their site. Moreover, the certificates open up the possibility to use the BacSomatic for official payment and regulatory testing purposes.

The certificates as well as the detailed test reports (one for somatic cell counting and one for bacterial counting) have been published on the Microval website: http://microval.org/en/issued-certificates/ 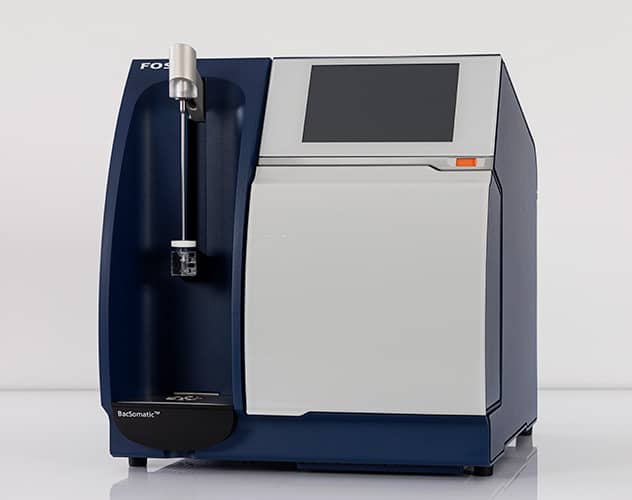 The BacSomatic gives dairy producers new powers to test the hygienic quality of milk on-the-spot. The rapid somatic cell and total bacteria count allows deliver­ies to be checked and segregated while sub-standard mate­rial can be rejected before it is used in the process.

As the first-ever integrated bacteria and somatic cell tester, BacSomatic offers a fast alternative to manual assay or semi-automated methods requiring reagent handling. Results for bacteria count are delivered within nine and a half minutes, whereas results for somatic cell count are delivered within one and a half minutes. The measurement principle is the same as that used in the well-known and established FOSS BactoScan™ and Fossomatic™analysers used by raw milk testing centres around the world.

BacSomatic is ideal for dairies and smaller laboratories needing only a low-volume, yet high-performance testing of bacteria and somatic cell count before milk flows into the dairy process.