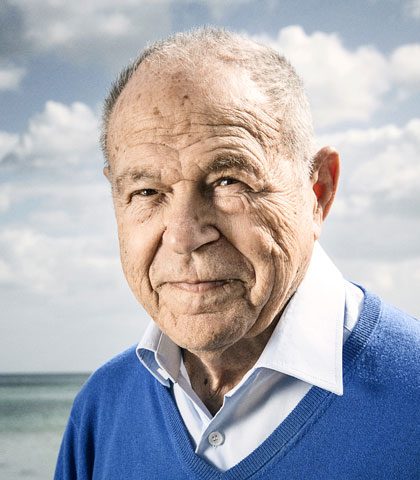 Twitter
Linkedin
Facebook
Born into a successful entrepreneurial family, Nils Foss has lifted the legacy. The ever curious and dedicated entrepreneur and business man recently established the Nils Foss Excellence Prizes, to be given for the third year in a row this year, and his life’s work, N. Foss Electric – today FOSS A/S, has just achieved its best financial results in the history of the company.
Nils Foss’ story is extensive. He is the third generation of the Foss family, known for their entrepreneurship, and the first of which was Alexander Foss, who co-founded the Industry Council in Denmark as well as F.L. Smidth, and was an important driver in the development of Danish industrial companies and organisations in the beginning of the 20th century. His son, Erling Foss, co-founded the Danish Freedom Council, which was the closest Denmark came to an alternative government during the World War II occupation. In addition to this, Erling Foss founded the company N. Foss Electric in 1956, together with his son, Nils Foss.
Throughout the years, Nils Foss has acted as CEO for both F.L. Smidth and N. Foss Electric, and he has been on the board of directors in numerous companies and organisations.

One of the newer accomplishments is the co-founding and chairmanship of the Danish-American Business Forum and the Danish-Chinese Business Forum. Both networks have appointed him honorary member. He chaired the board of the Danish Refugee Aid in the years from 1989-1996 and has been responsible for implementing the modern business principles that have since formed the basis for the good results we see today. In 2013, the Danish Refugee Aid was singled out as the fourth best NGO in the world by The Global Journal (www.theglobaljournal.net ).

FOSS today
Today, the company that Nils Foss founded more than 60 years ago, FOSS A/S, shows the best financial results in its history and set the record in 2017 with a 2.2 bn turnover and a result of 421 m DKK. A globally increasing need for food makes it necessary, not only to produce more food, but to minimise waste as well by utilising raw materials more effectively.

Nils Foss hobbies include bridge and tennis and for many years, he has been an active hunter. He is married to the artist, Dorte Foss, and has 3 children, 8 grandchildren and 4 great-grandchildren.
In 2015, Nils Foss established the Nils Foss Excellence Prizes, given to two scientists who have made a significant contribution to technology for improving sustainability, food safety and food quality. Throughout the years, Nils Foss has written two books on entrepreneurship, leadership and social responsibility.