Twitter
Linkedin
Facebook
While the Kjeldahl method is still the reference for protein determination, Dumas and NIR are becoming increasingly popular for busy laboratories seeking time-effective solutions. We examine the pros and cons of the three methods in this interview article.

As Dumas and NIR analysis methods become increasingly efficient, modern laboratories can seriously consider a range of protein options beyond traditional Kjeldahl analysis. Giampaolo Perinello of Mérieux NutriSciences shares an opinion about what to use and when, including:

My starting point is that I feel lucky to have Dumas, Kjeldahl and NIR,” says Perinello. “So I can do all three. It has helped me to form an opinion based on many years of use.”


The advantage of the Dumas method

Starting with Dumas, we discuss how the automation features of Dumas equipment make it less time-consuming compared to Kjeldahl analysis, for example with highly efficient batch automation allowing operators to load up samples and then move on to other tasks in the lab. Dumas is also faster with the test result available five minutes after preparation.

That said, there are still many considerations when choosing the method. “What comes to mind is that Dumas is ideal when a particular sample type needs to be tested on a regular basis, but for labs that need to run just a few tests on different sample types it is not the optimal solution,” says Perinello.

Because Dumas equipment takes some time to start-up, it lends itself to continuous operation. Kjeldahl, on the other hand, can be used for on-the-spot testing anytime. Giving an example, Perinello says: “If you are testing a well-known sample such as wheat flour for protein content and you are performing maybe 100 tests per day, for sure Dumas is the right choice.”

Why Kjeldahl is not going away
In other cases, where a sample is unfamiliar and where the laboratory performs occasional low-volume tests, then the predictability of Kjeldahl makes the established reference method a practical choice for Perinello. Sample type is also an important aspect. “With Kjeldahl, you can manage more sample size up to around 10 grams, but with Dumas, the maximum you can handle, even with a Macro version, is one gram,” he explains.

This consideration is particularly important for inhomogeneous samples such as soil where the sample size is critical for a representative test.

Summing up, a typical approach for the lab can be to use the Dumas method as a first choice for well-known high volume samples and Kjeldahl analysis for special samples. In addition, as the long-established reference method, customers will often specifically request Kjeldahl. 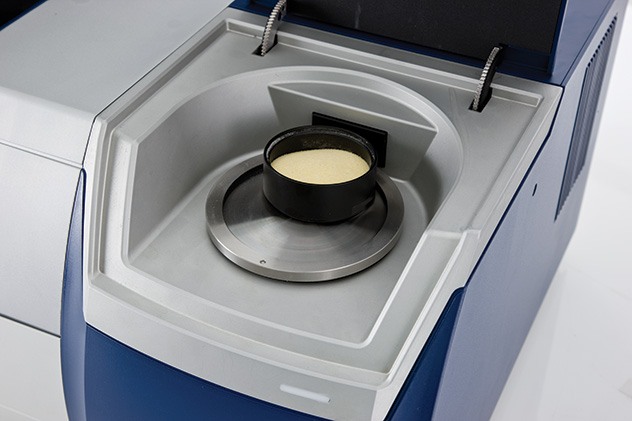 The potential of NIR analysis

Near infrared (NIR) analysis is gaining benchtop space in laboratory operations, especially for areas such as animal feed where reliable and comprehensive calibrations have been built on a solid foundation of reference analysis data.

Perinello sums up the strengths of NIR as a common reference that is simple to align via new connectivity technology and the fact that it has a clear advantage for screening for abnormalities.

He points to the systems used for many years in the dairy and grain industries where reference laboratories regularly check NIR against reference analysis via a ring test of common samples to maintain and monitor calibrations. “The use of NIR is currently limited, but for the future, you can ask ‘why not’,” he says. “You would not need so much reference testing, because only a few laboratories would need to do the reference testing with Kjeldahl or Dumas and then you can share the data via the network.”

Another strength of NIR is its capability as a screening technology where a known spectral fingerprint is used as a model for a good sample, milk powder for example. Anything showing a spectral deviation then becomes suspicious and can be sidelined for further investigation. The screening check is performed simultaneously with the compositional tests for protein, moisture and so on. An advanced form of screening can be performed where the NIR instrument is programmed to recognise the spectral fingerprint of known adulterants such as melamine.

“With Dumas and Kjeldahl the scope is to quantify the total nitrogen, but you cannot determine if it is coming from melamine or other adulterants,” says Perinello. “We are evaluating the possibilities and, in my opinion, NIR is a unique opportunity to tackle adulteration because the technology is widespread, it is cheap to perform tests and you can share the spectral data so no matter where the test is performed you can then evaluate elsewhere if required. If you imagine another situation where there is no standardisation, you can only test at the site and it is likely to cost more than with NIR.” 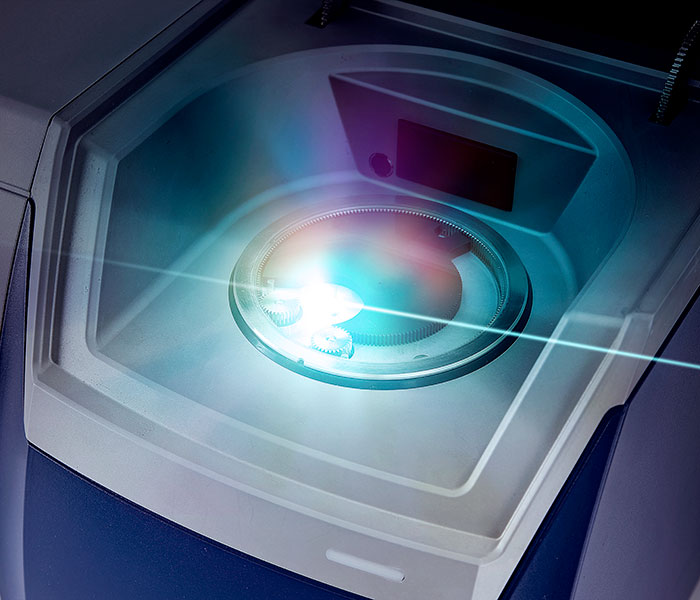 A definition of the technology as applied in food production 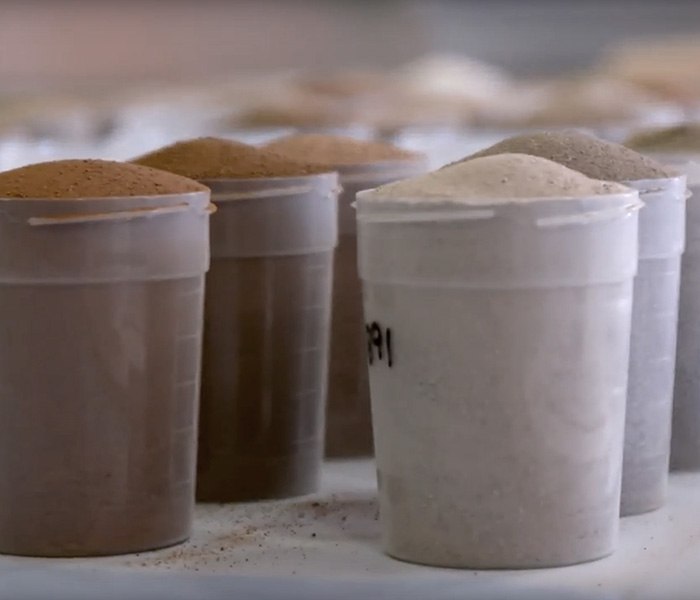 In this video interview, Fernando Sola, Laboratory Manager at CSR Laboratories in Spain, explains how a FOSS Kjeltec 8400 solution allows the laboratory to handle a high volume of soil and olive leaf tests. The samples are brought in from the olive groves around Jaen in the heart of the region known as the ‘sea of olives’. The work is vital to give growers the ability to achieve the right nitrogen level in the soil for effective olive production. 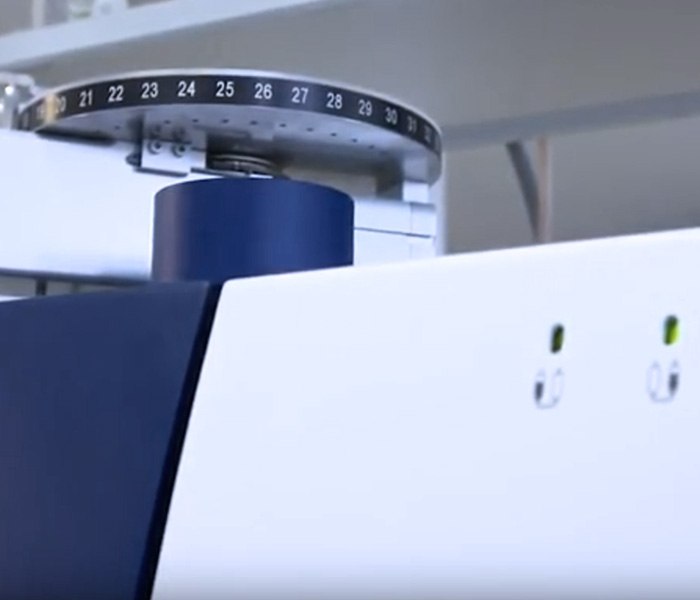 Dumas and the digital lab

Automation and digital connectivity are changing many aspects of our lives with reference testing in the laboratory no exception. Here is a selection of videos on key aspects of automated Dumas analysis.