By Richard Mills
Twitter
Linkedin
Facebook
Milk testing laboratories have been able to spot cows with mastitis for many years using somatic cell count as an indicator, but as FOSS cattle disease specialist Dr. Daniel Schwarz (DS) points out, there is still work to be done and lot's of wasted milk to be saved.

Mastitis is a costly disease both for individual farmers and the dairy industry as a whole, leading to unwanted veterinary costs, antibiotics, milk retention, decreased yield, poor quality and reduced payment and culling. Somatic cells are white blood cells (leukocytes) and cells from the udder secretory tissue (epithelial cells) which eliminate infections and repair tissue damage done by bacteria. 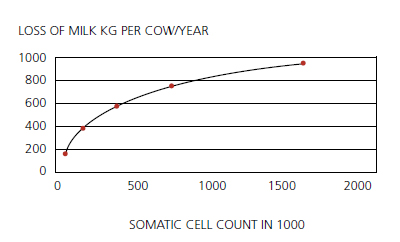 Regular testing of somatic cell count helps to avoid unnecessary loss of milk and valuable constituents due to mastitis.


We have been able to spot cows with mastitis for many years using somatic cell count as an indicator, for example, with the FOSS Fossomatic analyser. So why are scientists and researchers still talking about the problem of mastitis?

DS: It’s true that when regular somatic cell count (SCC) testing of individual cows for dairy herd improvement purposes was introduced in the late 70s/early 80s it had a big impact and since then levels of mastitis have been significantly reduced. In many countries, a drop of the average bulk tank SCC has been achieved, from around 500,000 cells/ml to 200,000 cells/ml. However, mastitis is a very complex disease influenced by multiple factors such as the environment and the keeping and feeding of cows. In addition, the pathogens that cause mastitis are constantly evolving and this requires altered mastitis management programmes. Apart from that, dairy cows have changed and are producing evidently more milk today. The ongoing challenge for researchers is to keep track of the changes on dairy farms and adjust mastitis management programmes accordingly.

Can you give an idea of the scope of the problem with mastitis today – how much milk are we losing to the disease?

Dairy cows are particularly at risk in the period after calving. In high-yielding dairy cows, the energy demand often exceeds the energy intake, leading to stress on the metabolic system and making them susceptible to diseases and disorders. Despite well-established mastitis management programmes, on average, 50 clinical and sub-clinical cases occur per 100 cows per year, so roughly every second cow is still affected with mastitis.

Milk losses can be due to both reduced production in affected cows and discarded milk. Mastitis cases occurring in the early stage of lactation can cause reduced production accumulating up to 500 kg of milk over the entire lactation. When cows receive mastitis treatment (i.e. antibiotics), their milk cannot enter the food chain and the amount of discarded milk can easily be 100-300 kg. Considering all costs related to mastitis (for example, treatment, discarded milk, increased labour), one case costs the dairy farmer from around €100 to €950.

Raw milk testing laboratories are constantly seeking ways to improve the services they can offer to their clients. In terms of mastitis, tests for determination of mastitis causing pathogens using the regular DHI samples are currently being introduced in many countries around the globe. FOSS is constantly in dialogue with raw milk testing laboratories to discuss new solutions that can eventually help the dairy farmers to improve their management. Mastitis is naturally on top of this list, given its importance.

So what methods are available to laboratories to provide more and better analysis data?

Up to 16 different mastitis-causing pathogens can be analysed using a PCR (polymerase chain reaction) test. While the PCR test can be done within five hours, the interpretation of test results can be difficult, for example, due to false-positive results because of contamination or carry-over. The test is also quite pricy for the dairy farmer (roughly €15-€20 per cow).
Another test is for lactoferrin which is a glycoprotein. It is a component of the mammalian immune system and naturally present in milk. The parameter can be predicted using high-throughput Fourier transform infrared technology instruments such as the FOSS Milkoscan, which would allow an analysis at low cost, or using a costlier and labour intensive enzyme-linked immunosorbent assay (ELISA) test. However, the value of lactoferrin as a parameter for mastitis screening is a controversial subject in scientific literature with studies indicating that changes in concentration of lactoferrin can only be seen in the presence of clinical mastitis. The value of lactoferrin remains unclear.

Thirdly, milk amyloid A (MAA), a (lipo-) protein with various functions in the immune system, has been identified as an indicator for mastitis. The protein can only be determined using a purpose-built ELISA, which is labour and cost intensive and requires the DHI samples to be pulled out of the routine work flow in a laboratory. Beyond that, the value of testing MAA has only been seen when quarter-foremilk samples were used which gives extra work for dairy farmers. Further research on DHI samples is needed.

In summary, the well-established somatic cell count (SCC) is still the ultimate parameter available for mastitis screening. However, the need for an additional biomarker, that would allow a more refined mastitis screening (e.g., detection of the onset of the disease) and can be measured at low cost on DHI samples, remains. 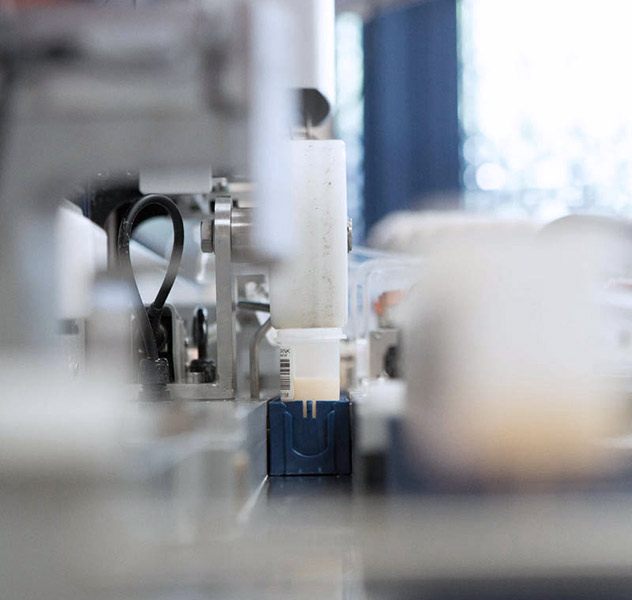 What will it take to reduce the impact of mastitis – what is it that dairy farmers need?

Dairy farmers require meaningful information for proper herd management. Today, mastitis management is often based on reacting to elevated somatic cell counts in DHI samples, often with antibiotic treatment. However, we can achieve more success through preventive measures and, here, biomarkers that could indicate the onset of mastitis and probability of cure would be of extraordinary value for the dairy industry.

What impact would it have on global milk production if we can reduce the incidence of mastitis from current levels by, say, 10%?

This would lead to a more efficient use of precious resources such as feed and water because the amount of milk delivered from dairy farms could be increased without increasing herd size or productivity per cow. At the same time, the administration of antibiotics used for mastitis treatment could be reduced. The latter is of outmost importance given the global threat of antimicrobial resistance in human beings while any way to help improve productivity can only be a good thing for dairy farmers struggling with milk price volatility.

So what’s the solution?

Research indicates that, besides looking at the total somatic cell count introduced by FOSS in the 80s, a differentiation of the somatic cells into individual cell populations can yield very valuable information. The scientific literature points to major benefits because it allows a more detailed evaluation of the actual udder health status of cows compared to using SCC alone.

What is cell differentiation - how does the principle work?

Cell differentiation refers to the differentiation of immune cells occurring in milk into lymphocytes, macrophages, and polymorphonuclear neutrophils. These three cell populations play a vital role in inflammatory responses within the mammary gland. In summary, lymphocytes regulate the induction and suppression of immune responses. Macrophages are active phagocytic cells and are also involved in the regulation of the immune response. The main task of polymorphonuclear neutrophils (PMN) is to defend against invading bacteria at the beginning of mastitis.

Due to the specific functions of the individual cell populations, the distribution of leukocytes differs between normal milk and mastitic milk. Specifically, proportions of PMN can reach up to 95% in milk from cows with mastitis. Conversely, in the uninfected mammary gland, SCC is low and consists predominantly of macrophages and lymphocytes.

So summing up, the characteristics of somatic cells together with the overall count could provide new levels of information for a more effective management of the disease.

When do you think the agri industry will have the power to reduce mastitis?

In my view, the next few years will see big advances, but this will involve action from many stakeholders. Our vision is to provide analytical solutions that provide increasingly sophisticated levels of information. In the next step, the data needs to be converted to meaningful information so that the dairy farmer can make sound decisions in terms of dairy herd management.

Communication of the information to the dairy farmer is a crucial aspect in this context. Given the complexity of the disease, cross-functional and cross industry collaboration, for example, between DHI organisations, universities and veterinarians will be needed to improve current mastitis management programmes.