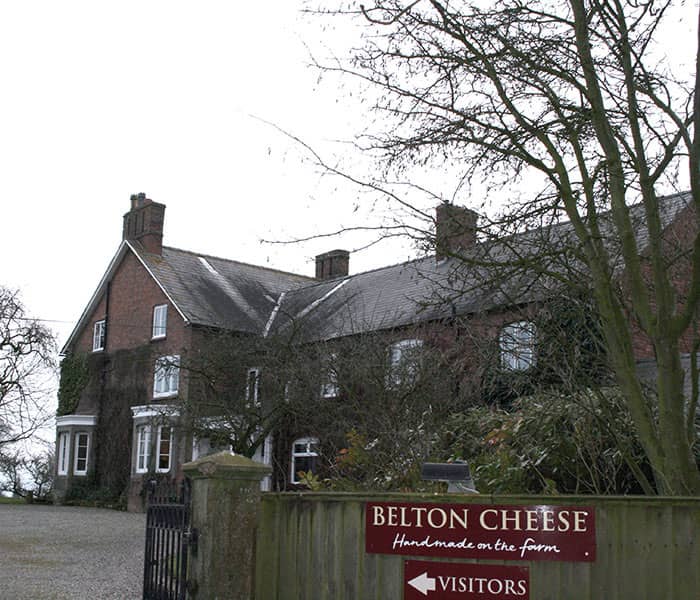 If there was such a thing as a cheese makers’ league, Belton Cheese would surely be among the top teams. The traditional producers won a record 109 awards in 2009, including supreme champion at the Great Yorkshire show and prestigious prizes from the Nantwich International cheese show.

Based in the heart of English cheese country, where the Shropshire hills level out into the fertile pastures of the Cheshire plain, Belton Cheese is the proud champion of a local cheese-making tradition dating back to Roman times. With the main office and reception in a solid 18th century farmhouse, and the production integrated into the former farm buildings, the first impression is a perfect match for the company slogan – ‘Hand made on the farm’.

Talking to technical manager Kevin Henderson, it soon becomes apparent that there is another aspect to the business though. Technology carefully applied in step with tradition is giving the cheese makers a helping hand that their ancestors could only have dreamt about. The technology includes a FOSS MilkoScan™ FT120 milk analyser and a FoodScan™ analyser, both of which were installed in 2009. These instruments are helping the on-site laboratory to enhance the tradition by checking incoming milk and the final products before they leave the plant destined for prime spots on supermarket shelves. 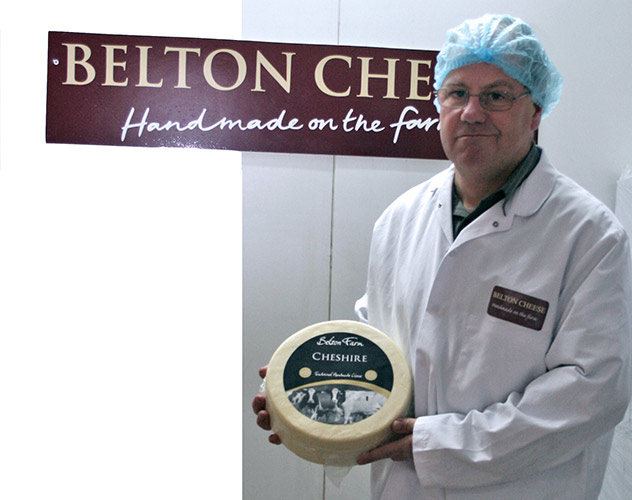 From Cheshire to Shropshire blue
The instruments are used in the production of a variety of products including crumbling cheeses such as Cheshire (considered to be the oldest British cheese), hard cheese classics such as Cheddar and some additive varieties such as Port Wine Derby.

In the early seventies, Belton Cheese was one of first farmhouse producers to make 20kg Block Cheshire and the innovative approach is stronger than ever, for example, a new addition to the product portfolio in the form of a Shropshire blue cheese is being tried out.

“We are traditionalists, for example, we make additive cheese in the vat for better quality, but if we can bring in something new that aids the process, like new technology, we do it,” says Henderson. “There are often new hygiene requirements to consider; we are constantly under review and audit from our customers and we are accredited to a number of quality standards which are considered a prerequisite for our customers. You have to keep moving forward.” The investment in the analytical solutions is one good example of how the forward looking approach is paying off.

The FoodScan has replaced various traditional analysis methods with a much faster, more convenient and just as reliable option. For instance, the test for total solids, which used to involve drying a sample in an oven for four hours, can now be performed simultaneously with other parameters such as fat and protein in a matter of minutes. Chemicals no longer have to be used, and the routine nature of the testing has released the quality assurance manager to take on the growing list of quality management tasks common to all modern dairy producers.

The results with the FoodScan were checked against standard methods to correlate results and then it was put into immediate operation. “It was usable the same day; it does the job, and the service was excellent,” says Henderson “If you make something easier, then you can delve a bit deeper.”

This ability to look more closely at aspects of production is a timely option for taking on new demands such as the ongoing push by UK food standards authorities to reduce salt levels in food. But adjusting levels of salt needs careful consideration. Salt is intrinsic to certain cheeses and has other purposes than taste such as inhibiting bacteria for example. The ability to do regular testing with the FoodScan is allowing production staff to monitor average salt levels, giving them the comprehensive information they need to make any required adjustments.

Fresh local milk
The quality of products starts with careful selection of the milk supply from 63 local farms, 12 of which supply exclusively for organic products. Milk is brought in daily and tankers bearing the distinct Belton Cheese logo are a common sight on the roads around the area. Farmers are paid on a fat and protein level for cheese production and are actively encouraged to produce milk from breeds such as shorthorns, prized for milk of the right quality for cheese making. 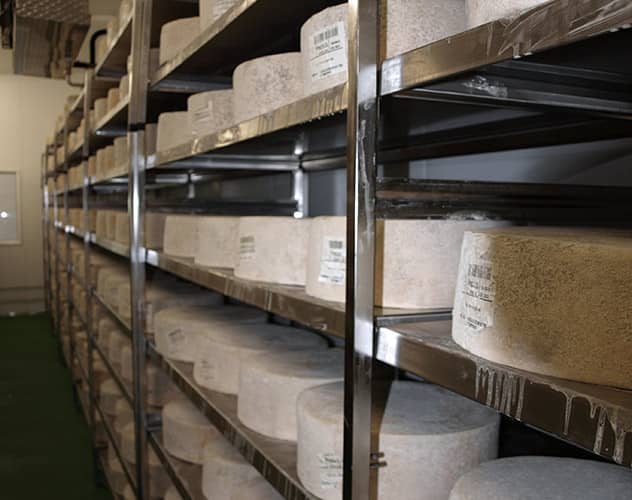 Compositional testing of the milk is important for both fair payment and knowing the nature of the raw material and the MilkoScan FT120 has made an impact in speeding up the tests and improving process control. Henderson explains how the information was always there before, but that it was much harder to get it. Now, relatively unskilled users can perform tests, and this makes production staff more accountable. As with the FoodScan, the instrument is freeing up resources to tackle growing quality assurance requirements.

Around 85% of milk purchased goes out as whey and the MilkoScan offers a valuable new ability to test this easily and quickly for whey protein content and permeate – the lactose rich liquid that can be used for animal feed. Variations can be monitored and adjusted if necessary. “The door has been opened to look at the process going forward,” says Henderson. “The reliability of the instruments is excellent and they remove the human element, which, in the case of testing, is a good thing.”

Enhancing tradition
Just a few decades ago, many farms in this region used to convert their excess milk into Cheshire Cheese and virtually every town in the area had a creamery. “That’s all gone now,” says Henderson.

Despite the decline in the number of producers, the success of Belton Cheese is witness to the fact that, whatever the state of the economy, people are prepared to pay that little bit more for something they consider to be good for a special occasion. Local producers can still win at the big shows with cheeses produced on a small scale and it is exactly that gold medal-winning human touch that Kevin Henderson is determined to maintain.

Award-winning farmhouse cheese has been made at Belton Farm for centuries. The farm now produces many different varieties, including the local speciality: Cheshire. Quality is paramount in fulfilling the discerning market requirements set by all the major UK supermarket customers, as well as export customers in Canada, USA, Australia, Europe and elsewhere. Methods include the use of curd tables and pressing in the traditional fashion, which can take anything up to 18 hours. This is a more time consuming and labour intensive than alternative process methods, but gives much better results and helps Belton Farm cheeses to win many awards.

More information about methods can be found at www.beltoncheese.co.uk

Controlling milk butterfat is a 24/7 type of job that benefits from highly consistent routine analysis based on a good instrument and solid technical support.

The analytical landscape has changed for producers wanting quick, accurate tests on both liquid and solid samples during the cheese making process.

Valley Queen Cheese in South Dakota, USA, used to wait until the end of a 30-minute fill on its product line to check for consistency. Now MilkoStream FT takes a sample every 7 seconds. The increase in consistency means the machine can quickly pay for itself.

Taking the next step in dairy process analysis with inline NIR

German dairy cooperative Berchtesgaden decided to take advantage of new technology and opted for a measuring solution to help them optimise yield and control key quality parameters in their butter and cheese production. Using a near infrared, in-line analysis solution to control a broad range of natural products, guarantees them a consistent final product quality while making optimal use of raw materials.

Discriminant analysis of milk and whey powder with near infrared (NIR)

As well as quantifying protein, fat and other parameters, near infrared (NIR) analysis can act as a security camera in the production process by giving a warning about products that do not match up to formulations.

Traditional cheese makers, Belton Cheese have a golden touch when it comes to winning prizes and grabbing premium shelf space at multiple national and international outlets. Analytical technology is helping to preserve and enhance the quality.