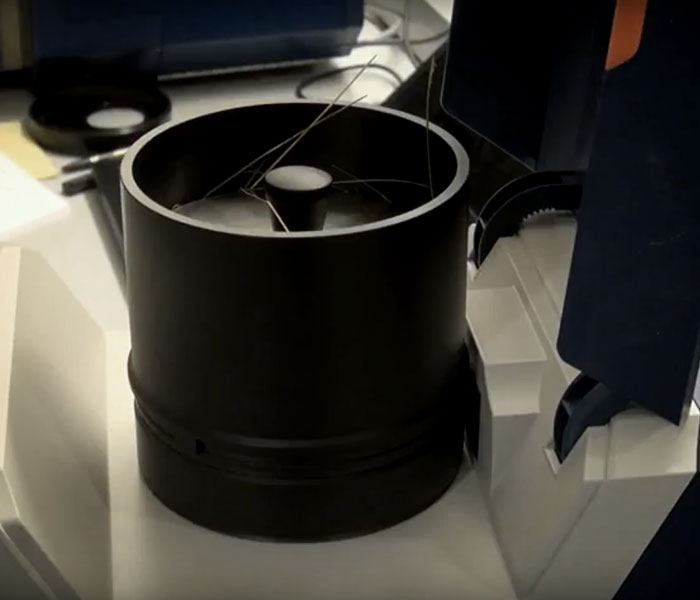 Twitter
Linkedin
Facebook
Chemometrician Robin Malm explains the necessary considerations for development of NIR forage calibrations and the benefits of using networking tools.
Having trouble playing the video or prefer a good read?
Don’t worry we have transcribed the video, and added headlines for easy navigation.

We interviewed Robin Malm about his thoughts on developing an NIR forage calibration.

What is the big advantage with NIR when measuring forages?
There are some tricky things to keep in mind. The wet forage sample is very wet and changes its moisture content very quickly. As soon as you have measured your spectrum with the NIR instrument, it is important to take it to the reference analysis as quickly as possible. That means, practically, that you take the sample from the sample cup and start the pre-drying process to get the dry matter analysis correctly, because that's where we have the big advantage with NIR - that is that you can measure the dry matter content very accurately and most often more accurately than with your reference methods.

How to create a robust calibration
Another thing to think of, if we are now making calibration models on wet forage samples, we would most likely want to use them as close as possible to where you actually deal with your forage. That is for example out at the farm. Then it is important to include variations that you don't have in your laboratory like temperature differences, for example. It can vary a lot out on the farm, from below zero to maybe up to 30, 40 degrees Celsius. You need to have some kind of temperature stabilisation in your calibration models. We have a concept that is called the red file concept, which is very good for building, for example, temperature stabilisation into the models.
It can be a little bit critical though when working with high moisture samples, as the moisture content changes quickly. The red file concept builds on the premise that you measure a sample under different conditions, but that the sample doesn't change anything else than the temperature, for example, if you make it on temperature. So maybe including samples of different temperatures into the model, is another critical thing to think about.
We also have the reference methods, of course, using established reference methods, standardised reference methods.

We have a lot of variation in the forage analysis. A lot of laboratories that are not using standardised methods and a lot of different parameters to analyse. When you make your applications, you need to decide, which are the parameters that you want to use, and make sure that you have a good reference laboratory building the calibration models.

Get more done faster with FOSS networking tools
Now, with the new networking tools, you can actually do much more surveillance of the instruments, of results produced by the instrument. For example, if we are thinking of having the NIR instruments out on the farms and these instruments are connected to some kind of networking tool, we could, of course, have a way of distributing calibration models to all the instruments and have some kind of centralised development center for the calibration models.
You could also have, for example, nutritionists having access to certain instruments and the results from certain instruments, which means that they could take out the results from a particular farm, look at these results and make the necessary calculations to determine how the farmer should feed his cows. He doesn't really need to go out to the farm and measure with a portable NIR or anything like that. That's where I see a big advantage with networking in the forage applications.