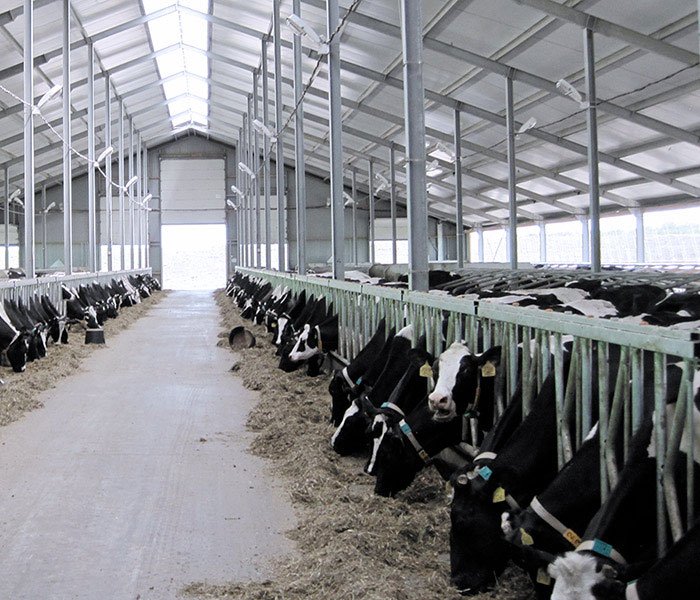 Twitter
Linkedin
Facebook
FOSS has released the CombiFoss 7, a new version of the well-known CombiFoss analyser used in raw milk testing laboratories around the world to help improve dairy herd performance and establish fair payment for milk used in the dairy. It was unveiled at the annual international committee for animal recording (ICAR) event, Chile.

Among the many new facilities offered by the CombiFoss 7 is an advanced form of somatic cell count analysis for better management of mastitis in dairy cattle, for instance, by allowing earlier detection of the disease and a more rational use of antibiotics on the farm.

A new tool to tackle mastitis in dairy herds

A rapid test for the total somatic cell count in a milk sample was introduced by FOSS in the 1980s. It has provided a good indication of mastitis and has helped to more than halve the incidence of the disease in dairy herds around the world. Despite the progress, on average 50 mastitis cases per 100 cows per year still occur and more indicators are required for better mastitis management.

Affected cows produce less milk and often need to be treated with antibiotics. In this case, their milk cannot enter the food chain and the discarded milk can easily add up to 100-300 kg. Considering all costs related to mastitis such as reduced productivity, discarded milk and increased labour, a single case costs the dairy farmer anything between €100 and €950.

The CombiFoss 7 can help to tackle the problem through a new test called differential somatic cell count. This, combined with the existing test for total somatic cell count, gives a higher level of analysis information to help dairy farmers and their advisors manage the disease and reduce its impact on farm economy and productivity.

See the video below from  ICAR 2016 , where General Manager of Valacta, Daniel Lefebvre explains how the improved accuracy and effectiveness of CombiFoss 7 provides farmers with even better milk testing tools for cow health evaluation.

With the CombiFoss 7, milk testing laboratories are to expand their business with one easy to run instrument supporting a raft of services. Including the new somatic cell test, the CombiFoss 7 can measure a total of up to 19 parameters of a single sample in just six seconds. This can be everything from testing fat and protein to screening for signs of ketosis in dairy herds or abnormalities in the milk which might be due to accidental adulteration of milk with cleaning fluids or similar.

At the same time, new hardware and software features boost proficiency in the laboratory and reduce the overall cost of analysis. A highly robust flow system technology (backed by a 10-year guarantee) ensures a high uptime and lasting performance. In addition, software features help lab managers to control multiple instruments from the desktop rather than walking from one instrument to another and interrupting the flow of milk tests while routine instrument tasks are performed.

The CombiFoss seamlessly integrates MilkoScan™ and Fossomatic™ instruments to allow rapid testing of a wide range of parameters in raw milk. The Fossomatic performs total somatic cell testing and differential somatic cell count and the MilkoScan performs a range of standard tests for parameters such as Fat, Protein and Freezing point depression as well as a broad range of testing options such as Free Fatty Acids, Fatty Acid profiling and screening for ketosis. There are two models, the CombiFoss 7 and the CombiFoss 7 Advanced which includes the differential somatic cell analysis. The capacity can be controlled according to demand from 100 up to 600 samples per hour. CombiFoss 7 is backed by worldwide support from FOSS, the world's leading supplier of analysis equipment to the raw milk testing industry.

Read more about the CombiFoss 7.